Phillip Hughes and the Nameless Child 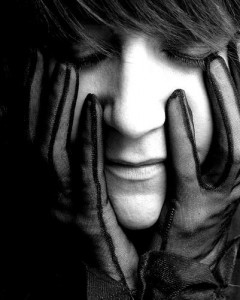 Over the last week or so, my sons have been involved in grief rituals that they have not encountered before. They play for the local cricket club, and last week all the teams had a minutes silence to remember Phillip Hughes (an Australian cricketer that died after being struck during a game by the ball), plus they wore black arm bands during the match. It was a good opportunity to talk with my boys about what it feels like when somebody dies. It’s ok to feel sad. It’s ok to have tears.

I haven’t watched much of the coverage of the funeral, but in general it seemed to me that the event was largely held with respect. While there have been public displays of grief at different times, there has been space given to those who have been impacted the most.

Today I read a post on facebook that I knew would come eventually. The writer posted the question as to why we give so much attention to the death of a sports person, yet ignore the thousands that die every day from poverty, war and disease. I understand the sentiment, but think it misses the point of grief.

Grief is the flip side to love. We can’t have one without the other. We love those that we are most connected to, and when those intimate connections are severed, we grieve deeply. That loss may come about through a death, but it also may be through the loss of health, a job, a relationship, a home, even a dream. Most never new Phillip Hughes personally, but there was a connection with him through a shared love of the game of cricket. We watched him on television. We cheered when he made high scores. We followed his career. Of course we are going to mourn his death – not in the same way his family and friends will, but we will mourn.

The same thing happened a few months ago when Robin Williams, the American comedian and actor, took his own life.  A work colleague shared with me just how much it had impacted her. Dead Poets Society has been one of my favourite movies since I first watched it as a teen. I’ve watched it countless times. In that sense, Williams has been part of my journey. I felt that loss too. Again, not in the way his family and friends did and no doubt still do, but I felt it.

Grief is normal. Grief is natural. The only way to not grieve is to not love. Love is one of those things that binds humanity together, so it is impossible not to grieve.

So let’s not questions or belittle a person’s grief. But wherever possible, sit with them in the space and remind them that they are not alone.

However, let’s not forget that thousands of others that die before their time. The children that are victims of war and disease, and their families that wonder if they will eat again. In general, unless we work in Aid Relief, we are not going to be connected with these nameless people. We might see their photo from time to time, but not in a way that will ever build a connection.

But their lives are just as important as any sports person or actor.

Their lives are just as important as mine and my children.

In a strange way, the international expressions of grief over the death of Phillip Hughes gave me some hope. Hope that we haven’t lost our heart, but can recognise that we are all human. Hope that we won’t be scared of grief, but will recognise it as natural and normal. Hope that our encounters with grief will make us more sensitive to the grief experienced in places around the world that we are not connected with. Hope that when we see a picture of a mother nursing her child who has died from Aids, we will recognize and feel, her grief and be moved to respond appropriately.

Sometimes I get asked, “What can I possibly do to ease the situation overseas?” At the very least, we can grieve with them. We can, from time to time, perform the same rituals we do with those that we know. We can observe a minutes silence. We can wear an arm band. We can light a candle. We can pray. We can donate to the cause. And we don’t need to be embarrassed to tell people why, because doing these things will keep us human.